Larry F. Berman MD MSPH is originally from Los Angeles, California. After graduating from UCLA, he moved to Chapel Hill where he obtained a Masters in Health Care Administration from the University of North Carolina. There he also met his wife. Dr. Berman then attended medical school at the world renowned Sackler School of Medicine at Tel Aviv University in Israel, and completed his internship and residency at SUNY Stony Brook in New York. He returned to North Carolina in 1990 to fulfill his dream and set up a private medical practice. Dr. Berman has three daughters and is very active in the Charlotte medical community.

Co-Chairman of the Board - Independent Physicians of the Carolinas - Charlotte

Board Certified in Internal Medicine

Dr. Berman was awarded the Most Compassionate Doctor Award for the past five years by the American Registry Consumer Reports. This award is based on reviews written by hundreds of thousands of patients. While physicians generally receive positive feedback from their patients, only a select few receive praise about the compassion that accompanied their care. In fact, of the nation's 720,000 active physicians, less than 3% were accorded this honor by their patients in 2019.

Top 10 Doctors are chosen by the millions of patients who visit Vitals each year to find a new doctor and share their experiences by providing ratings and reviews. In order to differentiate highly-regarded doctors from the rest for patients in search of quality care, Vitals awards Top 10 Doctor honors to those physicians within a certain specialty and geographic area who are consistently given top ratings by their patients.

Patients' Choice recognition reflects the difference a particular physician has made in the lives of his/her patients. The honor is bestowed to physicians who have received near perfect scores, as voted by patients. 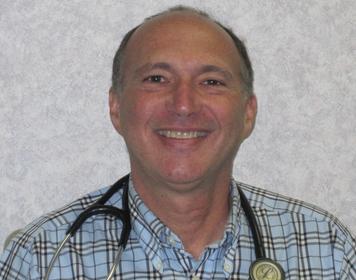